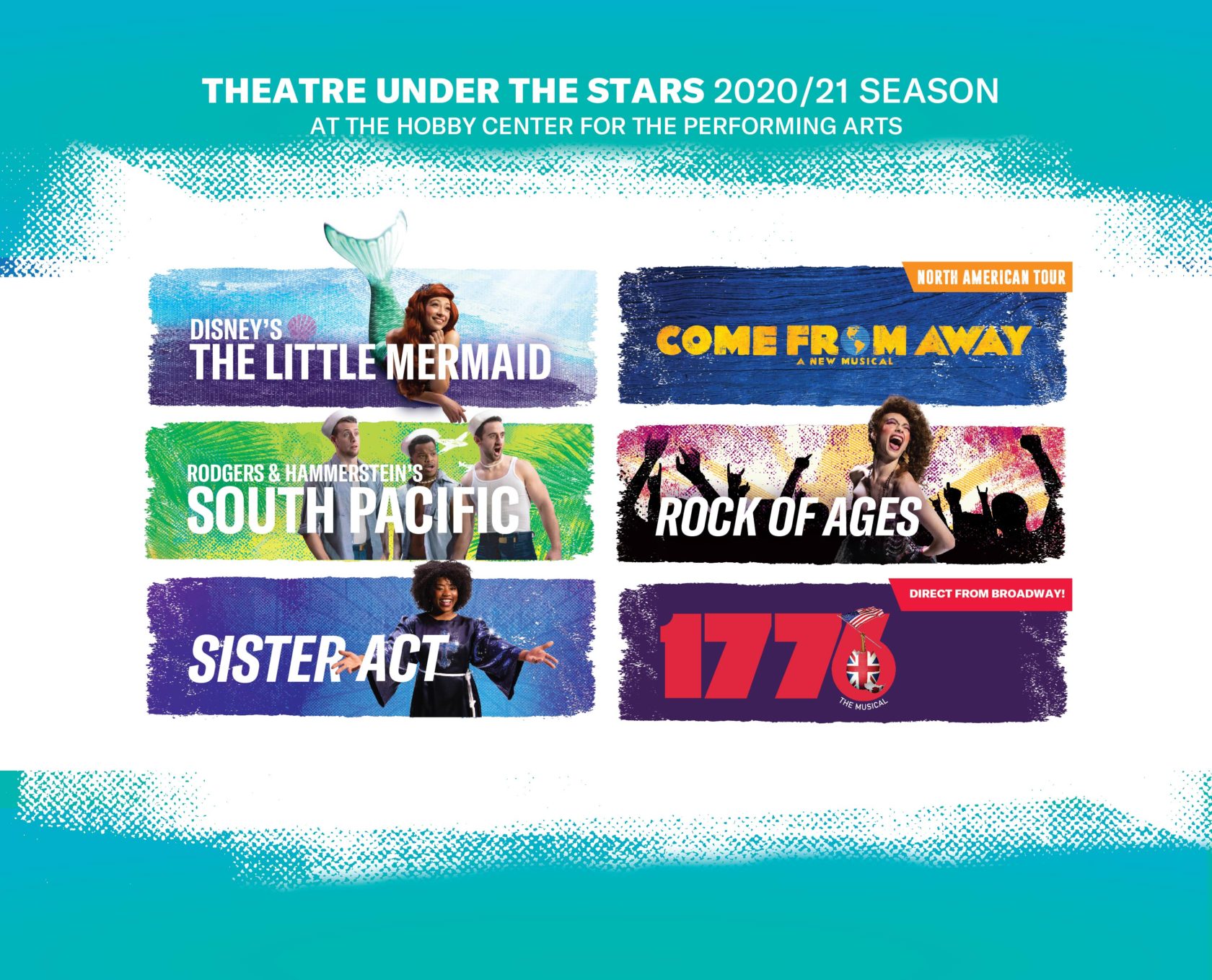 THEATRE UNDER THE STARS POSTPONES FALL MUSICALS, DUE TO CORONAVIRUS CRISIS

1776 AND ROCK OF AGES WILL CONCLUDE THE 2020/2021 SEASON, WHICH NOW OPENS IN DECEMBER WITH DISNEY’S THE LITTLE MERMAID

Theatre Under The Stars had planned to launch its 2020/2021 Season at the Hobby Center with the Broadway-bound revival of 1776 in September, followed by Rock of Ages in October. However, due to ongoing risks related to the coronavirus pandemic, both productions have been moved to later in the 2020/2021 Season. The season will now begin with Disney’s The Little Mermaid on Dec. 6 and end with the two postponed productions.

“With the well-being of our audiences, artists and staff as our primary concern, we’re delaying the start of the upcoming season to allow more time for the current health crisis to abate,” said TUTS Artistic Director Dan Knechtges.

The ‘80s-themed musical comedy Rock of Ages will run Aug. 10 through 22, 2021. The highly-anticipated Broadway revival of 1776 will cap off the season Sept. 28 through Oct. 10, 2021, immediately following its run in New York City. Directed by Tony Award®-winning director Diane Paulus, the Houston engagement will feature the complete Broadway cast.

“Rock of Ages is going to be the perfect party show for some summer fun, and we’re thrilled to snag the full Broadway production of 1776 for Houston audiences,” said Knechtges. “We’re so thankful that we can retain both musicals for the upcoming season.”

As previously announced, the season also includes Disney’s The Little Mermaid, Dec. 6 through 24; South Pacific, Feb. 9 through 21; Sister Act, April 6 through 18; and the North American tour of Come From Away, May 18 through 30. All productions will be in the Hobby Center’s Sarofim Hall.

Tickets for Theatre Under The Stars 2020/21 Season are currently only available by subscription. Season ticket-holders enjoy a variety of perks including first access to seats, complimentary ticket exchanges, and savings on additional seats. Payment plans are available. Subscribers can also take advantage of a no risk, money-back guarantee through Monday, Nov. 2. Visit TUTS.com/subscribe or call 713-558-8887 to learn more. Individual tickets will go on sale to the public later this year.

In addition to these scheduling changes, TUTS is converting all in-person summer camps for children and young adults to online classes. For more information about summer offerings from the Humphreys School of Musical Theatre and The River, visit TUTS.com/education.