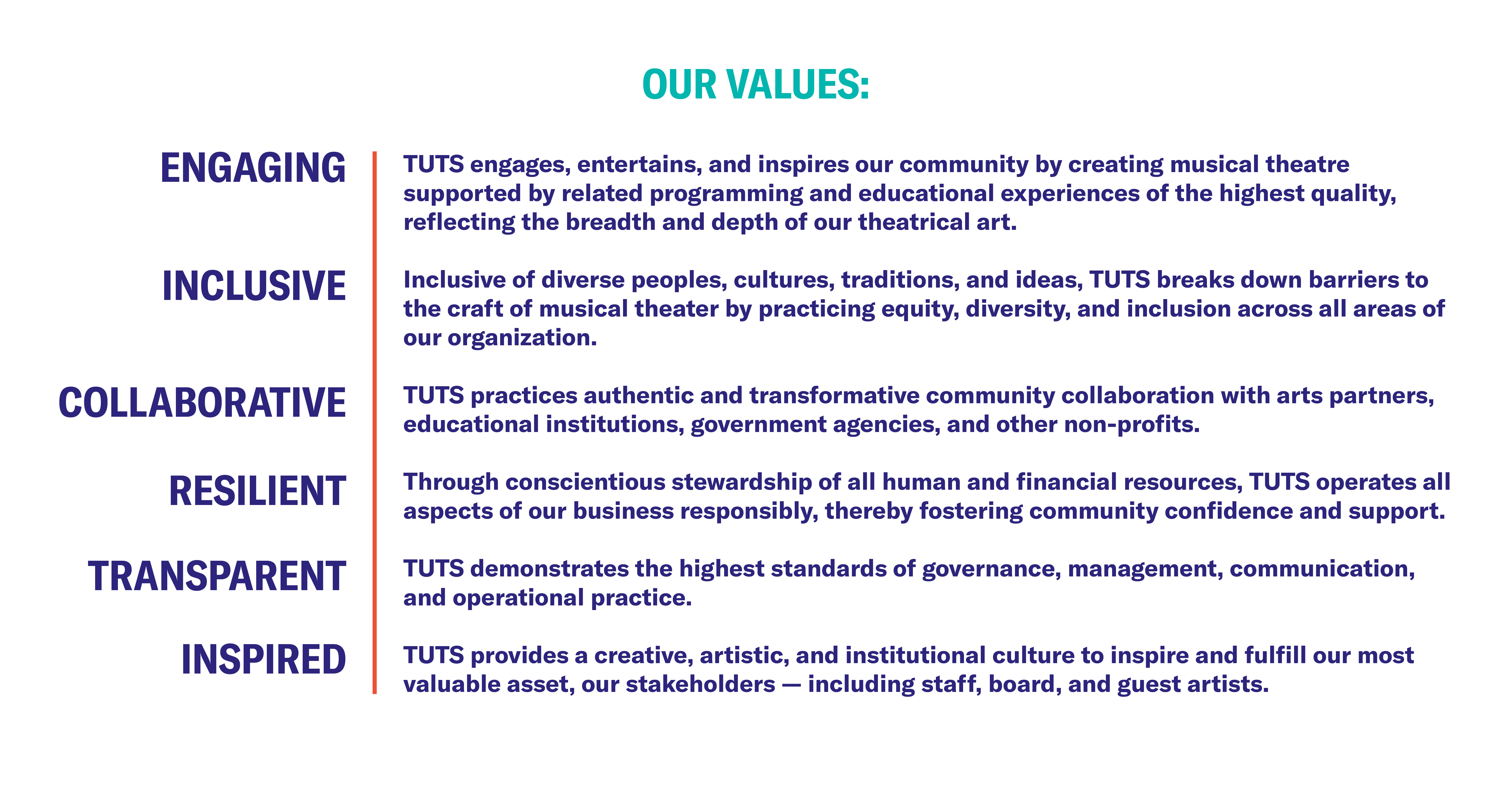 Founded by Frank M. Young in 1968, Theatre Under The Stars was created to serve the Greater Houston community through producing timeless classics and creating/developing new and innovative musical theatre. We will build upon this legacy and identify, cultivate, and nurture innovative programming, steward our long-time supporters, cultivate new audiences and future artists, arts patrons, and supporters.

Performed downtown at the Hobby Center, TUTS seasons feature a spectacular mix of touring musicals and self-produced shows, from witty, innovative farce to tales as old as time. The center also houses TUTS’ educational arm and renowned training program, Humphreys School of Musical Theatre, which has produced notable alumni like Chandra Wilson, Bruce Norris and Michelle DeJean. To deepen our community outreach and engage in an even wider array of arts education programming, TUTS merged with The River Performing and Visual Arts Center in 2010, which allows children with disabilities, disadvantages or chronic illness to delight in the joys of singing, dancing and acting. In short, if you can’t make it to the theatre, TUTS will bring the theatre to you.

TUTS has distinguished itself on both the local and international stage as a Houston institution dedicated to enriching the lives of all audiences through the incomparable experience of musical theatre. No matter which side of the curtain you’re on, TUTS has something just for you. 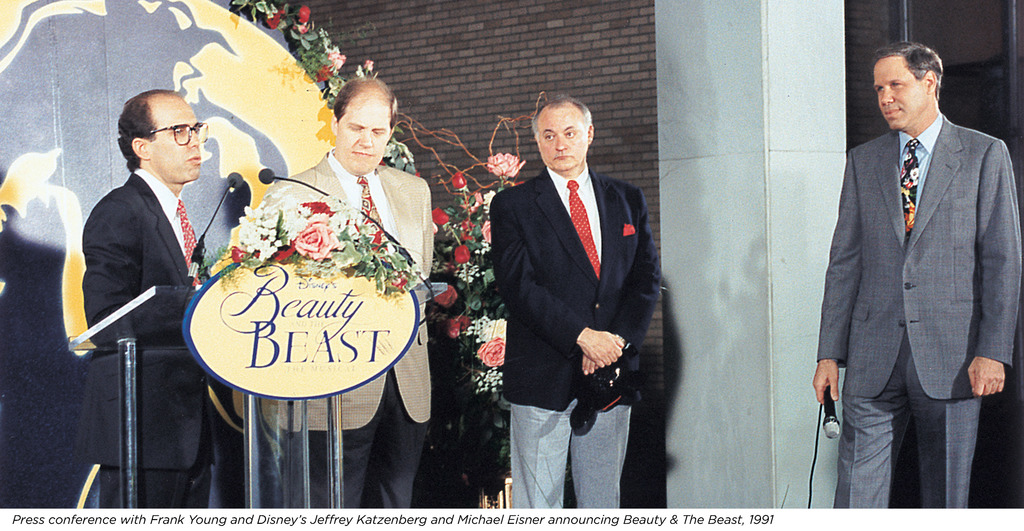 TUTS was founded in 1968 by native Texan and budding impresario, Frank M. Young. At the time, Young was a pre-med student working part-time at Baylor, part-time at the Houston Grand Opera. He saw the newly built Miller Outdoor Theatre in Hermann Park as the perfect opportunity to put on a free summer show during the slow season, and pulled together a team to make it happen. What Young and his volunteers ended up producing was not an opera, but a musical: a single evening performance of Bells Are Ringing that brought a crowd of 4,500 to its feet, and a tradition of top-notch musical theatre to the community for decades to come. Theatre Under The Stars was born.

Singing, dancing, directing, producing — Young could do it all, from choreographing a show to conducting the orchestra. With his multitude of talents, impeccable standards and infectious passion, Young and his dedicated coterie of talent quickly burnished TUTS’ reputation for theatrical excellence; many a legend has graced the face of the TUTS marquee. The company expanded from Young’s two-bedroom apartment to a fully professional mode of operation — and while the free outdoor shows remain a beloved summer staple for the Houston public, TUTS’ role in all facets of theatre arts has flourished well beyond its origins in the open air.