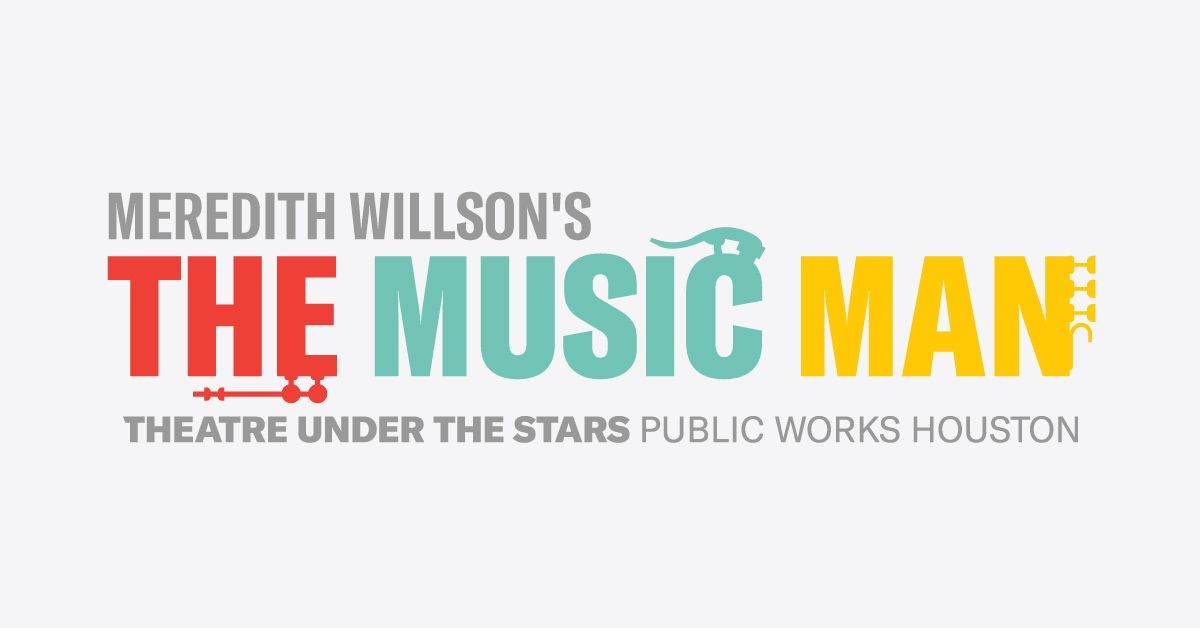 After the smashing success of the inaugural TUTS Public Works Houston production of Seussical last year, Theatre Under The Stars is excited to announce this summer’s production, The Music Man. Performances run July 14 through 19 at Miller Outdoor Theatre and are free to the public. This will mark the 52nd year that TUTS has provided free musicals for Houstonians at Miller. The renowned non-profit theatre company also produces a six-show season of musical theatre classics and contemporary hits at the Hobby Center.

Meredith Willson’s six-time, Tony Award-winning musical comedy has been entertaining audiences since 1957 and is a story to be shared with every generation. The Music Man follows fast-talking traveling salesman, Harold Hill, as he cons the people of River City, Iowa, into buying instruments and uniforms for a boys’ band that he vows to organize – this, despite the fact that he doesn’t know a trombone from a treble clef. His plans to skip town with the cash are foiled when he falls for Marian, the librarian, who transforms him into a respectable citizen by curtain’s fall.

Theatre Under The Stars Public Works Houston is a community engagement program that seeks to connect with the people of Houston by inviting them to be creators and not just spectators. This nine-month program culminates in the musical theatre company’s summer show in July at Miller Outdoor Theatre when individuals from the community partners participate in the production with professional actors, artists, and students from the Humphreys School of Musical Theatre and The River.

Public Works Houston is an affiliate of the Public Theater’s highly-successful Public Works program in New York City, founded in 2013.

The Music Man runs nightly at 8:15PM from Tuesday, July 14 through Sunday, July 19 at Miller Outdoor Theatre. Bring the whole family to experience this uniquely Houston event. This production is free to the public.

With book, music, and lyrics all by Meredith Wilson, and based on a story by Meredith Willson and Franklin Lacey, The Music Man is the perfect summer treat to share with family and friends.

Seats in the covered seating area are ticketed. Free tickets are available at the Miller Outdoor Theatre box office on the day of the performance between the hours of 10:30am and 1pm, limited to four tickets per person over the age of 16, while seats remain. If seats remain at 1pm, the box office will reopen one hour before show time to distribute the remaining tickets.

For advance seating under the covered pavilion, guests may support Theatre Under The Stars with a tax-deductible donation of $50 per ticket. Contact development@tuts.com for more information.

Hillside seating is not ticketed. Blankets and lawn chairs are welcome. Parking is free. For more information, visit the Miller Outdoor Theatre website at milleroutdoortheatre.com.